The Nigerian Senate has approved yet another loan on President Muhammadu Buhari’s request. The $6.1 billion loan request by Buhari, which is equivalent to about N2.343 trillion, was approved on... The post BREAKING: Senate Approves Buhari’s $6.1 Billion Loan appeared first on Naijaloaded | Nigeria's Most Visited Music & Entertainment Website. 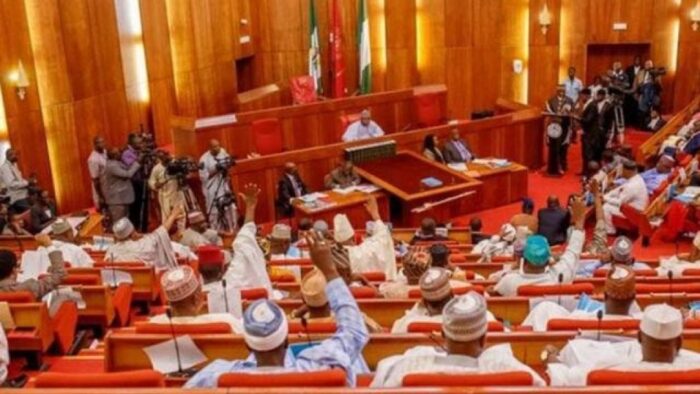 The Nigerian Senate has approved yet another loan on President Muhammadu Buhari’s request.

The $6.1 billion loan request by Buhari, which is equivalent to about N2.343 trillion, was approved on Wednesday after the Senate considered the report of the Senate Committee on Local and Foreign Debts.

The loan is to be gotten from multilateral and bilateral tenders as well as the international capital market.

It was gathered that the National Assembly already approved the borrowing of N4.6 trillion in the 2021 Appropriation Act.

The Senate also approved the sum of N982.729 billion as supplementary budget for the 2021 fiscal year. The approved sum represents an upward review of N86.9 billion from the initial amount of N895.842 billion transmitted to the National Assembly by President Muhammadu Buhari about two weeks ago.

The passage of the supplementary Appropriation Bill 2021, followed the consideration of a report by the Committee on Appropriation during plenary. Accordingly, out of the total sum of N982,729,695,343 billion passed, N123,332,174,164 billion is for Recurrent (Non-Debt) Expenditure; and N859,397,521,179 billion as contribution to the Development Fund for Capital Expenditure.

The lawmaker disclosed that the balance of N722.40 billion which is for capital expenditure on procurement of additional equipment for the security and capital supplementation would be sourced from new borrowing.

The lawmaker listed the Agencies to include the Nigerian Navy, Ministry of Police Affairs, Defence Intelligence Agency, Department of State Security Services (DSS) and Economic and Financial Crimes Commission (EFCC).

Mali’s Transition Must Be Done Quickly And Power Returned...

80 People Arrested In Calabar For Looting Public And Private...

10 Policemen Dismissed For Murder, Corruption, Others In...