ASKIA : From dejection and drug addiction to finding happiness.

Askia Karin was born on June 6th. She originates from the Oroko ethnic group , ... 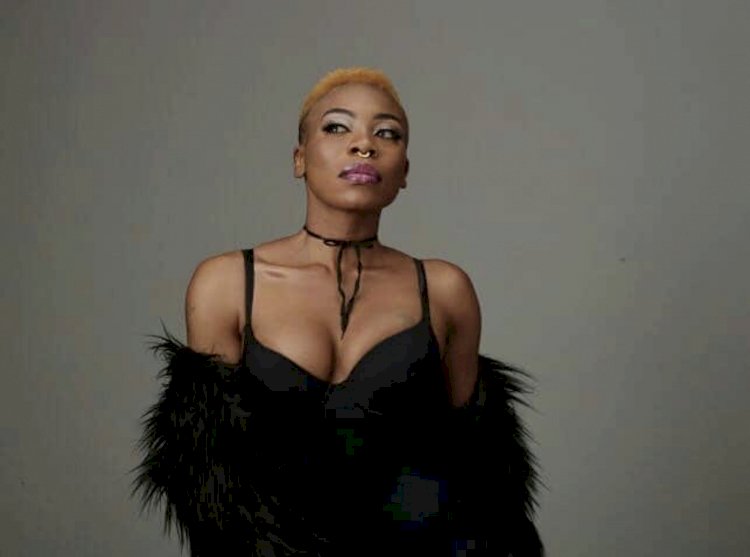 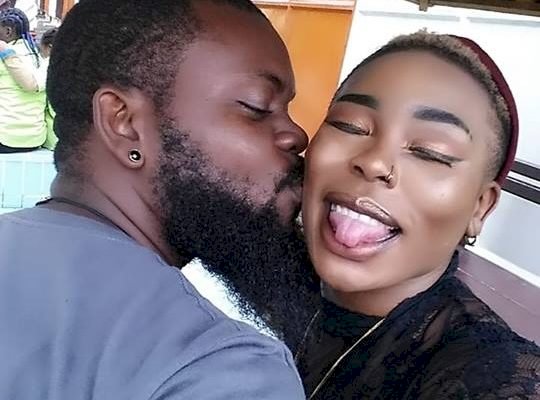 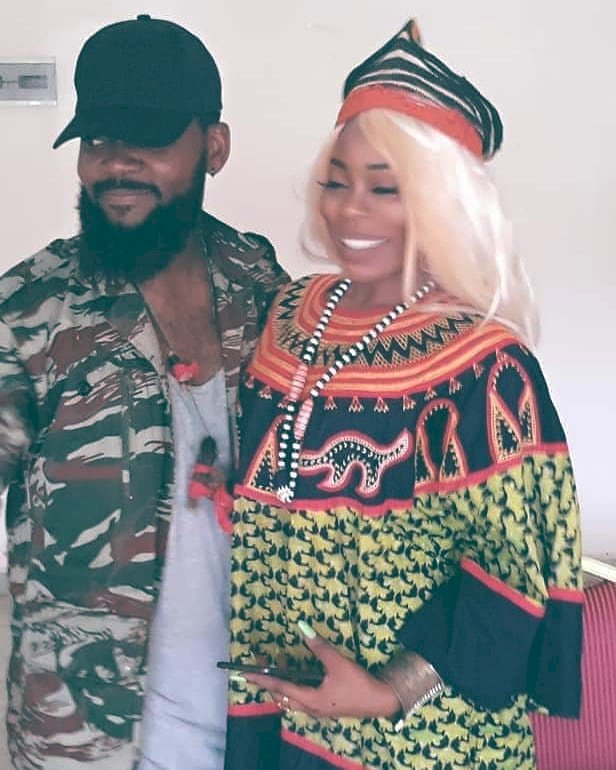 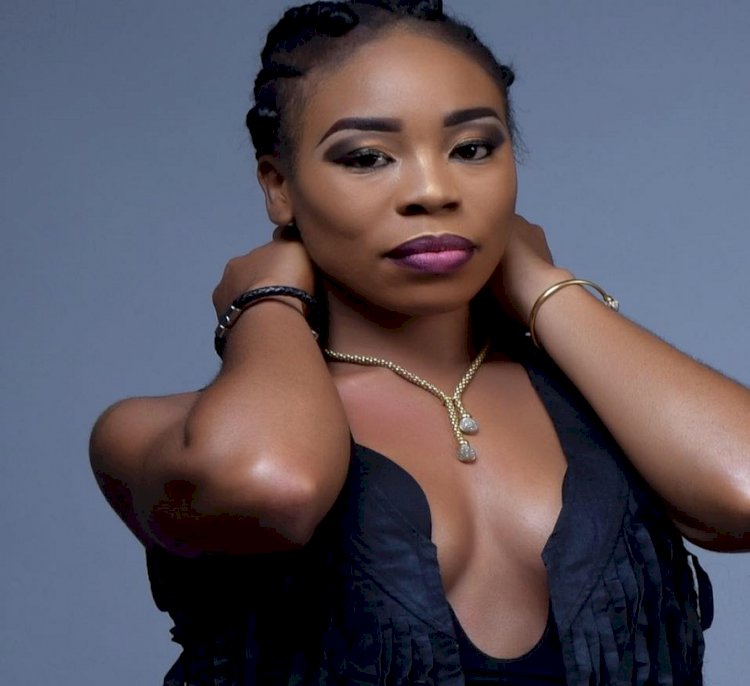 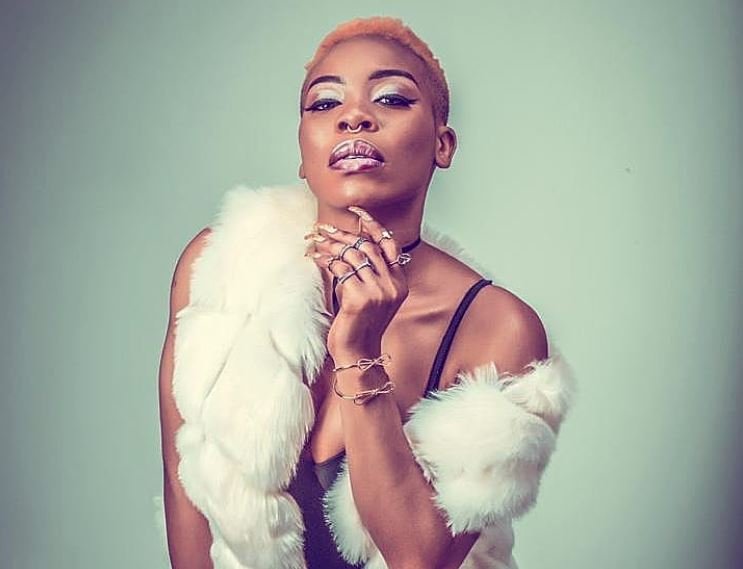 Askia Karin was born on June 6th. She originates from the Oroko ethnic group, South West Cameroon. She grew up as a loving, shrewd, and inquisitive child, nurtured by Christian values. She was raised by her stepmother and went through undue domestic molestation, meted by her stepmother’s younger brother. Emotionally depressed by a deadbeat dad, she had a very difficult childhood. When she lost her stepmother, she relocated to live with her aunt who maltreated her and hurled insults on her about her dad. More tragedy ensued In Askia’s life when she was raped on a rainy day, in a running gutter. This utterly transformed her life. It was a traumatic experience that instilled a longlasting psychological, physical, and sociological impact in her life. She started suffering from distress, self-blame, and unable to gain her poise. Askia however became optimistic, had a zeal to survive and make a difference in her life. Music became a way of escapism. She developed a musical inclination that has become a journey and a milestone in her life. Askia became affiliated to Buea-based Trackzone Records owned by Subzee (DJ Xionic) between 2007 – 2012. She was mentored by the producer and inspired by other rappers like MD, DA Breeze, Qilla, etc. She honed her creativity as a songwriter and rapper while at Trackzone. She performed alongside Trackzone artists at several shows. After performing at Mboa Hip Hop Awards at Seme Beach on Saturday 24th November 2012, she was proposed a deal by a Douala-based label Bogosse. Their working relationship was ephemeral. In 2013, she bagged a record deal with Sieni Brothers and made her official debut with “Tat’ Obasseh” directed by Mr. Adrenaline. The video was launched on Friday, 15th November 2014 at Dream Lounge, Buea. This ushered her into the music scene, proved her dexterity, and established her as a commercial asset in the music industry. On March 25th, 2014, she released “Allez Les Lions” featuring J Millie of Fluri Boys. Her contract with Sieni Brothers was short-lived. The highly sought-after rapper went on to sign another record deal with Mutumbu records. Under the label, she released an “Under Construction” mixtape. “No worry”, “Feel my’, “Panda remix” and “Welcome 4 Kwata” featuring Skidi Boy were explosive rap songs with relatable narratives, deep metaphors, and rhymes. She parted ways with the label in 2016.

In January 2017, she entered a working relationship with Alpha Better records to join owner Salatiel, Mr. Leo, and Blaise B. She released “Ma Valeur” in October 2017, under Alpha Better imprint which received critical acclamation. Some fans criticized her for drifting from her brand and style as a rapper to an Afropop singer. Askia collaborated with Alpha Better team mates on “Qu’est-ce qui n’a pas marché” and a Christmas tune “Higher. Higher”. These opuses projected her image across Cameroon and Central Africa enabling her garner a massive following. After getting out of public presence for a while, it was rumored that she had been evicted from Alpha Better records. She had indulged in severe substance abuse. She became addicted to drugs and had a rough time with the label. Her birthday was ignored by her label boss and mates, she was absent at Alpha Better video shoots and nothing was said about her by the label. “On y va” by Askia featuring Mr. Leo was kept under the duvet. A derogatory remark about Askia’s lifestyle and marijuana abuse posted by Mr. Leo’s baby mama, Mary Asaba, erupted uncertainty of her continuing with the label. This backlash was later quelled by an apology by Mary Asaba. It was clear that the label couldn’t condone with her lifestyle. During this period she was spotted having a studio session with another producer Boy Karl, which signaled all wasn’t right. In 2018, Askia was discarded from the label. She later posted on Facebook showing gratitude to the label for all she learned, experienced, and for giving her a huge platform. It was quite a difficult period for “La Reine”. In spite of the travails and emotional breakdown, she didn’t bow out. She released “Mami Bakala” in August 2018. Askia has been through a lot of dejection. She had a difficult childhood, she didn’t get a complete education, she has been body-shamed and gone through derision and rejection. She has successfully fought to gain good self-esteem and find a way of coping with the downside of life. 2019 was a year of purgation. She returned to her Christian roots and posted photos of her baptism in January. It was a rejuvenation of her life from being a drug addict to recovery. She received a marriage proposal from her fellow rapper boyfriend Qilla Njungi on March 17th, 2019 at Bamboo Bar Limbe. In August 2019, they tied the knots in Limbe. Askia has been outspoken about her relationship. Telling the world about Qilla being the perfect man in her life. Apparently , Qilla has stood by Askia in her life’s turbulence. She embarked on a project dubbed the “Bag series” with the objective to empower women in the music scene. This involved Mihney, Ewube, Yung Meagan, Gasha, Dyonce, etc. She became pregnant and tragedy struck. She suffered a miscarriage, losing her pregnancy on October 10th, 2019. Askia would remain consistent in her ambition. She joined forces with Tino Foy to organize a successful “Bag Concert” at Lycee Polyvalent Bonaberi. Some female artists didn’t turn up. Askia was vocal about artists like Mihney, Yung Meagan, and Gasha who unjustifiably backed out of the project after having shown interest at the beginning. This led to a bitter altercation between her and the artists. In 2020, she has released “Addiction” under Sabuc and continues to conquer the rap game in Cameroon. Askia is one of the most renowned rappers in Cameroon. She has transformed from having a dismal past, being a drug addict to advocating against drug abuse, and building people’s self- worth. She has transformed her low self-esteem to absolute confidence and self-acceptance. In an interview with Beta Torpoh, she disclosed her goal of establishing a shelter for the homeless and help people psychologically to get rid of drugs. She is happily married and her life looks promising. If you believe you can make a change. Never you give up. Stay focused. God will see you through. It is not over yet.